How to Write a Song in Three or Six

How to Write a Song in Three or Six 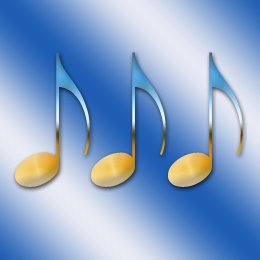 Did you ever notice that the majority of songs in our culture have a four-beat rhythm? This is referred to as Common Time, which translates into four beats per measure. And when songwriters in western cultures start thinking about how to write a song, it is usually the first, and often the only, time feel that comes to mind.

But this was not always the case. In certain earlier periods in history, three beat rhythms were the most popular. The waltz is a good example of what was once a very popular dance constructed from three beat rhythms. And there is an enormous amount of folk music from many cultures that is written in, what is technically termed, Triple Meter.

The next time you find yourself asking how to write a song, consider that there is a large list of other styles from the past that are constructed from three beat rhythms: swing, country & western ballads, marches, circus music, minuets, scherzi, double jigs, polkas, sega, tarantella, barcarolles, loures, and the list goes on.

But that is not nearly as important as the fact that triple meter is alive and well, although underrepresented, in most forms of popular music today. Therefore, learning how to write a song in these time feels can open up huge doors of creativity for your songwriting.

But first let’s take a quick look at the difference between the two most common time signatures that use groups of three: 3/4 and 6/8.

Another way to depict how to write a song in triple meter is that 3/4 would sound like 3 solid beats per measure (ONE and TWO and THREE and), while 6/8 would sound more like 2 solid beats (ONE-2-3-FOUR-5-6-). Try counting it this way.

So what is the difference between the bottom note, the 4 or the 8, and how does that effect how to write a song? This is a technical point for music notation, a process which modern songwriters use infrequently, so for our purposes it is not that important. But for the curious, the 4 stands for quarter notes, and the 8 stands for eight notes, and it simply means that when notating 6/8 time we think of an eight note instead of a quarter note as what is counted as one beat.

Many of us songwriters get trapped inside four musical walls of 4/4 time and become blindfolded to the possibilities of different time feels. Let’s take those blindfolds off for a moment with an exercise about how to write a song in triple meter.

Exercise: Start writing a section of a new song with any kind of three feel, with chords and rhythm only. Don’t worry about which type of triple meter time feel you are precisely using, you can figure that out later. After you have established the triple feel, add a melody as a second and step. Next, set lyrics to the melody as a third step. Then build out the next song section, and continue in this manner until a rough draft of a song emerges.

Below are some familiar songs that are based on different kinds of triple meter (groups of three, six, nine, or twelve). Please add to this list in the comments section; I can let you know which feel the song is in if you are not sure.

My Favorite Things – Rodgers and Hammerstein (from “the Sound of Music”)

You’ve Got to Hide Your Love Away – the Beatles

(Felt as six beats with only one strong beat on 1)

Please add to this list above in the comments section below